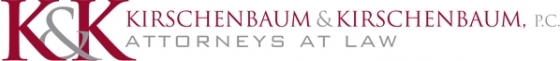 DENNIS M. STERN, Esq.  is Of Counsel to Kirschenbaum & Kirschenbaum, P.C., and is a part of the firm's alarm transactional department.  Dennis is well regarded and known throughout the United States as an experienced attorney specializing in representing buyers and sellers in all aspects of the acquisition and sale of electronic and physical security service companies. Dennis was induced in the Security Sales and Integration Hall of Fame in 2018 in recognition of his contributions to the alarm security industry.  He works closely with clients, from negotiating terms of the deal structure, preparing applicable documents, coordinating and supervising due diligence, managing the closing and effecting post-closing adjustments. Mr. Stern has held senior level management positions in both public and private companies in the security sector for the past 35 years, having served as Executive Vice President/General Counsel for The National Guardian Corporation, a start-up company that grew primarily through acquisitions to become the 4th largest U.S. security company with over $100 million of RMR when it was sold to Ameritech. He then went on to join ADT Security as Vice President, Business Development, creating the ADT acquisition group which completed over 125 acquisitions in his 2 years in that position. Thereafter, he joined Cambridge Security, as Executive Vice-President/General Counsel where he was intimately involved in the acquisition of SecurityLink from Ameritech by CambridgeSecurity/GTCR, which was subsequently sold to ADT/Tyco in one of the industry's largest and most successful M&A transactions; he was similarly involved several years later in the successful sale of HSM Security to The Stanley Works.